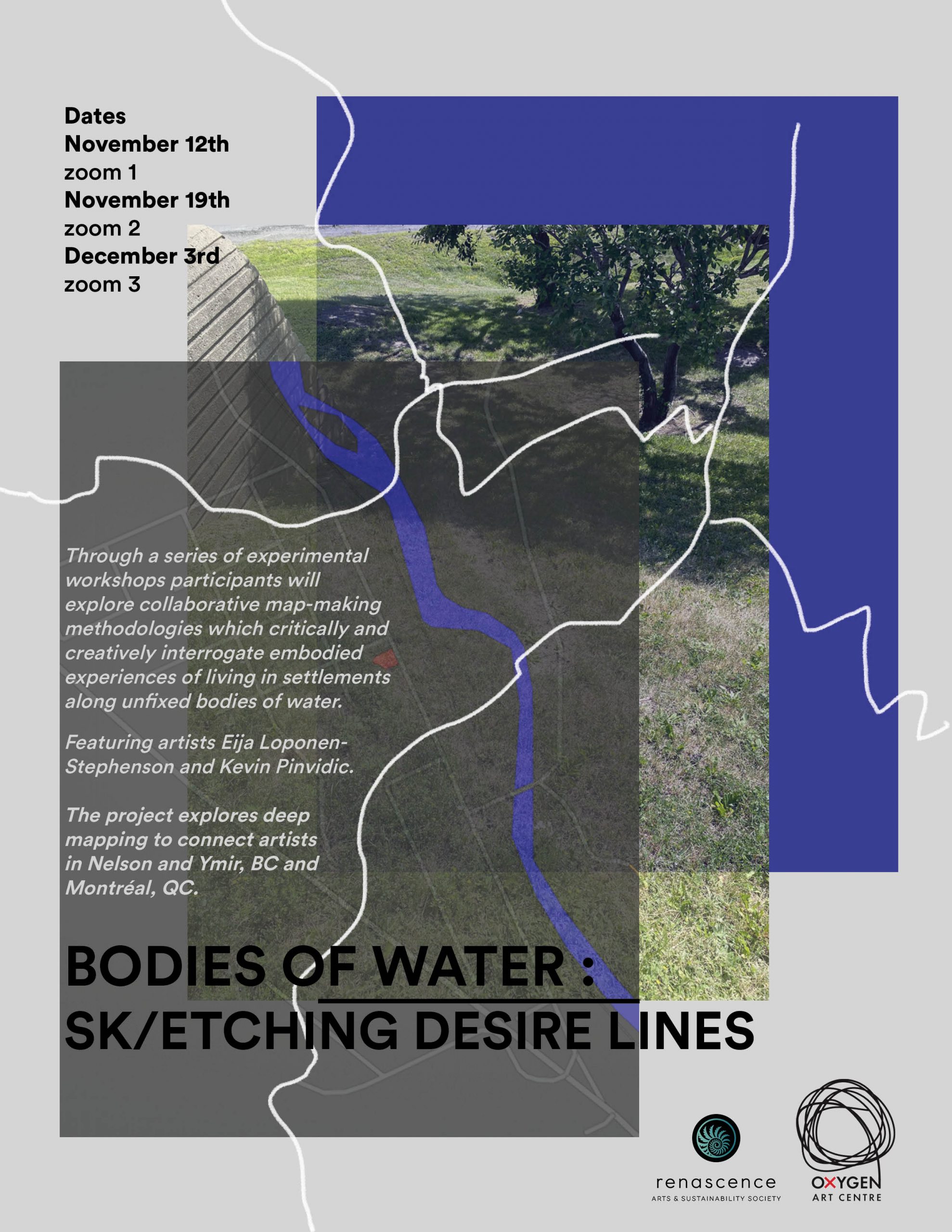 Through a series of experimental workshops participants will explore collaborative map-making methodologies. The series aims to create meaningful connections between creative practitioners and scholars in three urban, semi-urban, and rural communities. Over three (3) weeks, nine (9) participants–three from each community–will explore collaborative map-making methodologies which critically and creatively interrogate embodied experiences of living in settlements along unfixed bodies of water.

These sibling settlements are scaffolded by colonial legacies and the tactics of extractive capitalism; their gridded cartography etched into the fecund earth. As these settlements are developed, dilated, and diverted the meandering paths of least resistance support capital accumulation from their potential energies. Consider the relationship between the functions of dammed rivers, canal locks, traffic lights, and metro gates in the manipulation of water bodies (a term here which refers to human and animal bodies that are mostly made of water and bodies of water).

Western cartography (digital and analog) offers panoramic and homogenic representations of space in which the earth is an impenetrable and unchangeable surface, traversable only along pre-cut lines and crossable borders. We often forget that just because paths exist, it doesn’t mean that they should or always have.

Where bodies pool, overflow and leakage is inevitable. Desire lines, cracks or trails cut through city grids or inscribed in walls of reinforced concrete, are signs of water bodies resisting containment. These deviant lines, which can emerge at any scale, are often erased from maps of the global north as they challenge the perceived opacity of man-made barriers. The removal of desire lines from archival documents is one of many ways that colonial grand narratives have become naturalized in western historical canons.

Deep Mapping is an emergent practice and speculative archival strategy that can hold these ephemeral datasets and affective experiences of place and atmosphere. Tracing the defiant paths of desire lines, participants in this workshop series will attempt to document and creatively respond to behavior of water bodies when their flow is disrupted. Collectively we will imagine a new form of cartography which is just as permeable and sensuous as the earth itself.

Loponen-Stephenson developed this program with Pinvidic as part of her tenure as Research Assistant during the Summer of 2022 with Oxygen Art Centre. Following the workshop series, a zine will be published and available for free at the Centre in January 2023.

This workshop is generously supported by the Canada Summer Jobs program and the renascence arts and sustainability society. 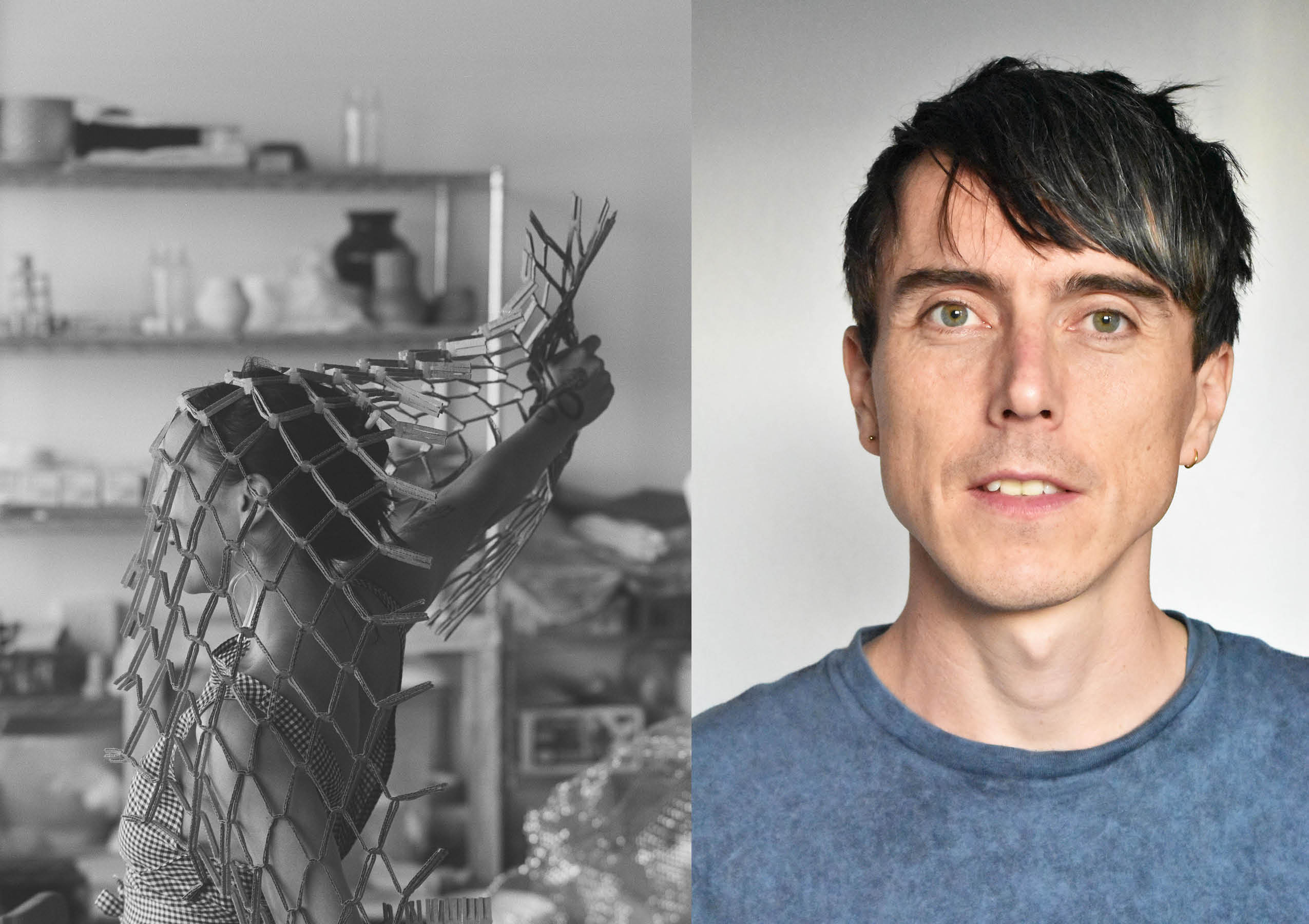 Eija Loponen-Stephenson’s work is predominantly concerned with the relationship between human movement and urban space. Through practice-based artistic enquiry and experimental pedagogy she examines how this relationship can reveal hidden power structures programmed into the built environment. She holds a BFA in Sculpture and Installation form the Ontario College of Art and Design University (OCAD U), and is currently completing her MA in Art Education at Concordia University in Tiohtiá:ke/Montreal.

Kévin Pinvidic is a multidisciplinary artist based in Tiohtiá:ke/Montreal. His practice, which focuses both on the emotional and material experience of the city in transformation, underlies a critic of urban planning processes’ opacity. Trained in design and architecture (Ecole Boulle, Paris, 2008, National School of Architecture of Versailles, 2010), Pinvidic has then graduated with a Master of Fine Arts from Université du Québec à Montréal in 2017. Currently Ph.D candidate at Concordia University (INDI program), he leads a research-creation at the crossroads of scenography, urban studies, computation arts, design and geography implying a performative and collaborative method with citizens. Furthermore, Pinvidic collaborates in creation research groups and works in the field of scenography for performing arts.KEVIN: