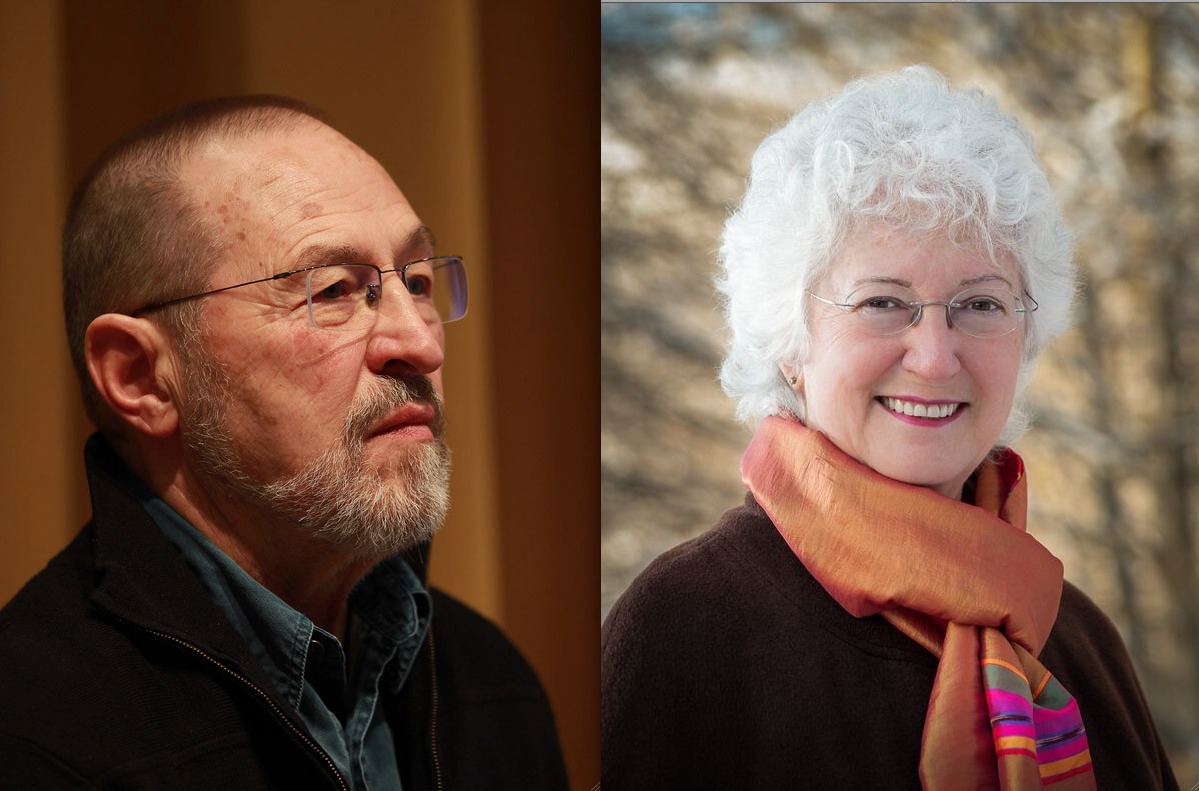 Much-honored Canadian poet Fred Wah and Ootischenia, B.C., poet and publisher Linda Crosfield will read at Nelson, B.C.’s Oxygen Art Centre at 7:30 p.m. on Friday, Oct. 7.  The reading is the first of a series of four author readings during 2016-2017 marking 10 years of arts programming at Oxygen’s current gallery and performance space.

The event is free ($5 donation appreciated) and open to the public. The Oxygen Art Centre is located at 320 Vernon St. (alley entrance).

“Each of the four readings pairs a local author and one from elsewhere,” said Oxygen Art Centre executive director Miriam Needoba. “Each of the writers has ties to Nelson or directly to Oxygen’s development over the years.”

Although Oxygen’s programming celebrating over 10 years of occupancy of its current space won’t formally begin until 2017, Needoba said two of the readings will be held this fall as a warm-up for planned celebratory events in various artistic genres during next year.

Oxygen, Nelson’s only artist-run centre, was founded in 2002 by artists formerly employed by the city’s Kootenay School of the Arts. Programming began at Oxygen’s present location in 2005.

Support for the reading series has come from the Canada Council for the Arts through the Writers’ Union of Canada, as well as from the Columbia Kootenay Cultural Alliance, administered by Nelson & District Arts Council.  The readings are co-sponsored by Nelson’s Elephant Mountain Literary Festival.

Wah, who served as Canada’s 5th Parliamentary Poet Laureate 2011-2013, first brought creative writing education to the West Kootenay.  He taught from 1967 to 1989 in Nelson and Castlegar at David Thompson University Centre and Selkirk College.

Wah has published more than 20 books of poetry and prose, including the Governor General’s Literary Award-winning Waiting for Saskatchewan, and a prose memoir Diamond Grill, about growing up in Nelson in the 1950s, which won Alberta’s Howard O’Hagen Award.  Recent poetry titles of his include the collections Is a Door, Sentenced to Light, and Scree: The Collected Earlier Poems, 1962-1991.

Crosfield studied writing at the Kootenay School of the Arts, and was the featured poet in the Nelson literary magazine New Orphic Review in 2012.  Besides publication of her poems in such journals as Room, Minnesota Review and Antigonish Review, she publishes chapbooks by other authors, including George Bowering and Stuart Ross.

In 2015 Crosfield participated in Rocking the Page through the New Denver/Nakusp School District, a program that involved presenting poetry online and in classrooms.

“In a sense, all literary activity in our area is ultimately due to Fred Wah because of his decades of encouragement of the local writing community,” said Tom Wayman, who was asked by Needoba to organize the reading series. “Fred’s literary successes, as well as his writing’s close attention to West Kootenay lives and locales, also serve as a role model for local writers.”

Crosfield has been an active participant in the West Kootenay literary scene as both author and audience member, Wayman said. “Her appearance, along with the other local writers involved with Oxygen’s 10th anniversary reading series, underscores how Oxygen supports area authors both by providing skill development, through readings, author talks and literary workshops, and by showcasing local literary talent.”