Nicola Harwood will lead an artist talk about the process and impetus for the project today Saturday, August 26th at 4pm. Summoning artists in attendance include Allison Girvan, Bessie Wapp, Simon Lysander Overstall and Mikayla Fawcett. 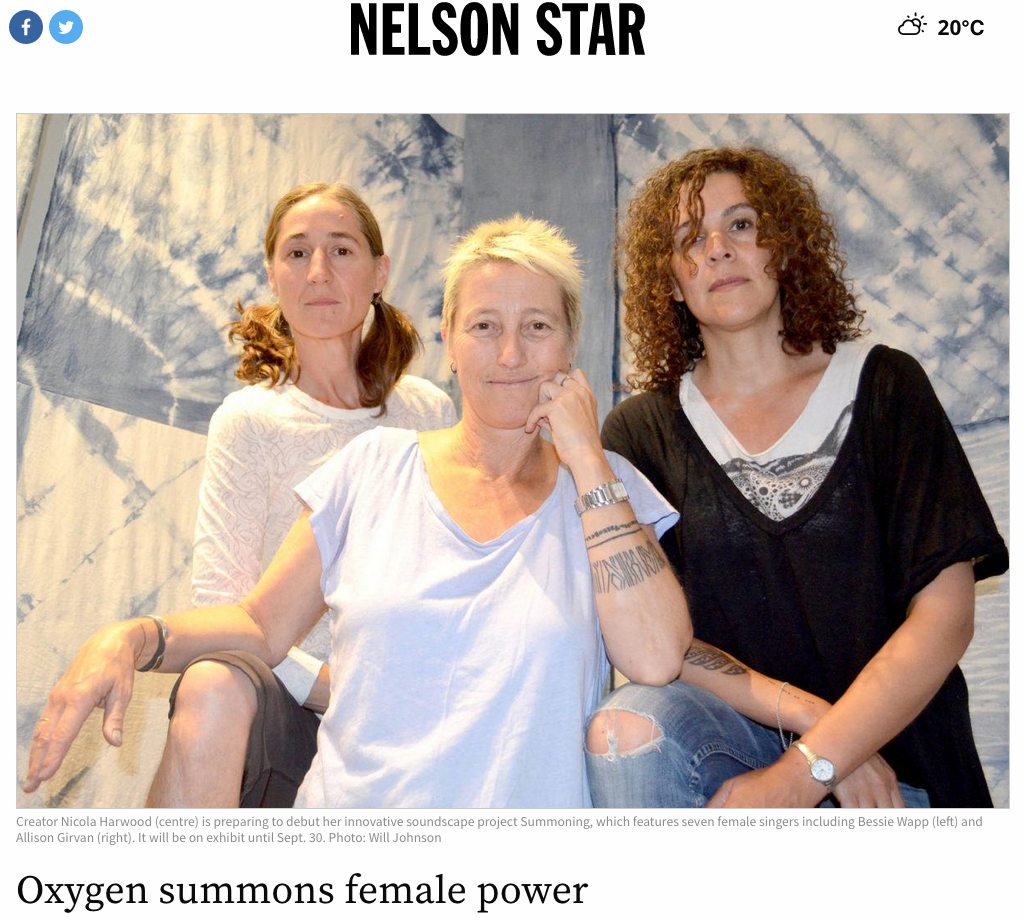 The project, conceived and designed by Nicola Harwood, is a sound temple made up of original sung compositions contributed by a seven-member team of award winning Canadian female vocalists and composers. Local singers Allison Girvan and Bessie Wapp are among the singers that have contributed. An interactive experience, as participants move through gallery, their movement will stimulate singing.

According to Harwood,“I wanted to respond to violence against women – specifically violence against Indigenous women in Canada. I also wanted to acknowledge the struggles that women face across the world. To that end, I invited a diverse range of singers from many different identities and musical worlds to contribute their voices.” Other contributors include Tanya Tagaq, Vandana Vishwas, Sandy Scofield, Andrea Menard and Mutya Macatumpag.

The exhibition will run from August 26th – September 30th, 2017.  Gallery hours are Wednesday to Saturday, 1 to 5pm.  Admission is free and everyone is welcome!