The Oxygen Art Centre is pleased to be hosting Sylvia Grace Borda as artist in residence in the City this Spring through June.

Sylvia Grace Borda is exploring how image-making challenges and enhances our experience of place, time, culture and perception through the delivery of her ‘Kissing Project.’

The artist’s project uses the metaphor and action of a ‘kiss’ as a platform to enhance the existing image of Nelson. She is hoping to make Nelson the interior’s cultural capital of ‘amour’ through her images. Inspired by the Touchstones Museum’s photograph of a Doukhobor couple kissing in downtown Nelson (photographer and couple unknown at this time) during the 1950s, Sylvia believes this image is iconic as Le Baiser de l’Hotel de Ville by Robert Doiseau, which launched Paris as the great city of love!

Sylvia hopes to use the metaphor and action of a ‘kiss’ to not only enhance the existing image of Nelson but to reflect on how art can add new associative values to a City.

Sylvia is a practicing artist, who has been pioneering the staging of artwork within the Google Street View engine. For this coming proposal, the artist is calling upon Nelson residents to volunteer a staged ‘kiss’ to be recorded in 360’ Resulting images will be both launched as part of the artist’s opening exhibition on June 8 at the Oxygen Art Centre as panorama prints and as interactive pictures for Google online viewing.

Are you ready to be part of a kissing project?  Everyone is welcomed to be part of it!  Share a kiss on the streets of Nelson, and have an experience of a lifetime captured as a great moment! Interested?  Come out to Sylvia Grace Borda’s talk on February 18th to learn about a history of kissing in art. What better time for this Valentine month?  See you at 4pm at the Oxygen Art Centre or contact the gallery for more info.  Don’t miss this opportunity to meet the artist.

She has taught at UBC (2001-2005), Emily Carr University of Art and Design (2005-07), and abroad at Queen’s University Belfast, Northern Ireland (2007-2009), University of Salford-Manchester, England (2010) and most recently at the University of Stirling, Scotland (2011-present).  Of note during her time as an educator at Queen’s University Belfast, she delivered the project ‘re-COLLECT-ing’ which was part of a wider initiative that won the UK Times Higher Award for the Arts. The award is the UK equivalent of a Canadian Governor’s General Award, but for Contemporary Visual Arts Education.

The artist will give a presentation about kissing and art as well as on her contemporary photography practice on Saturday, February 18th at 4pm at the Oxygen Art Centre.  Admission is by donation. Her exhibition, Kissing Project opens June 9th with a reception for the artist on Thursday June 8th from 7-9pm.

Oxygen Art Centre gratefully acknowledges support for this programming from British Columbia Arts Council, Province of British Columbia, Canada Council for the Arts and Columbia Basin Trust through Community Initiatives Program for the City of Nelson. 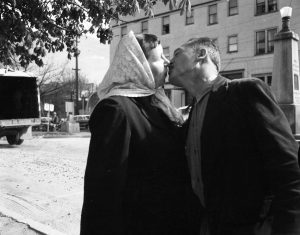 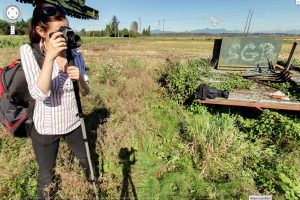