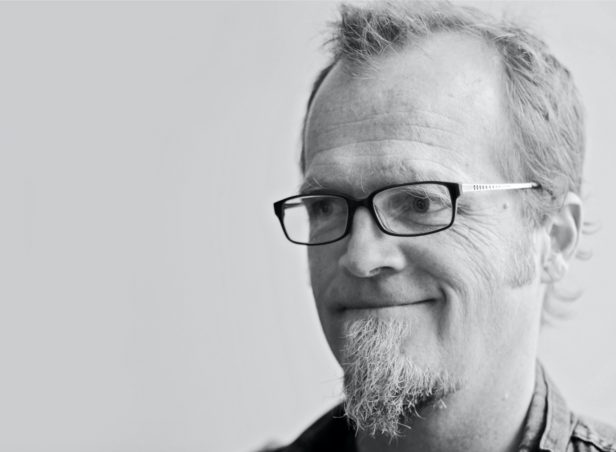 While in residence at Oxygen Art Centre, Talbot-Kelly will build a temporary, multi-part Site Speciﬁc installation, an assemblage made of two realities – physical and digital. This will be a domestically scaled fence/barrier/wall made from reclaimed and reconﬁgured furniture that is seamlessly and endlessly extended by an Augmented Reality (AR) overlay made visible via the built-in cameras on provided tablets. Talbot-Kelly will be in residence at Oxygen from April 15th through May 19th 2019. During this time the gallery will be open to curious visitors Wednesday-Saturday 1-5pm, with Talbot-Kelly present to discuss his project with the public. The residency will culminate with a closing celebration on Friday May 17th from 7-9pm and an Artist talk on Saturday May 18th from 2-4pm. The project will be up until May 26th.

Matthew Talbot-Kelly is a peripatetic mixed media artist, ﬁlmmaker and architect. His wide-ranging art practice comprises works in both analog and digital time-based mediums. Working variously from Dublin, Vancouver, Mumbai, London, and Montreal, Talbot-Kelly has participated in residencies and exhibited internationally. “Oxygen Art Centre looks forward to hosting such a dynamic and accomplished figure with an eye for the absurd and experimental, and ambitious aspirations while in residence in Nelson this spring.” Says Oxygen Art Centre Executive Director Genevieve Robertson. “Through building a barrier that is neither practically functional nor with a clear purpose, Talbot-Kelly’s work questions the absurdity of our personal empires, our desires to keep others ‘out’, and our possessions ‘in’.”

Walls are topical at the moment – they keep people out, they define space (a here from there), allocate membership within, separate public from private – though their resonance goes beyond a contemporary USA centric lens.

“This construction will be capriciously placed, be made of ineffectual semi-charred ruinous source materials, it’ll have a never-upright orientation, submerging and emerging from the interior surfaces: cumulatively this work will stray far from a utilitarian conventional fence”, says Talbot-Kelly. “As much as it will be an inept, useless wall, I’m imagining the results may also exhibit characteristics of a barricade. In this way, the construction’s political overture will be reoriented.” 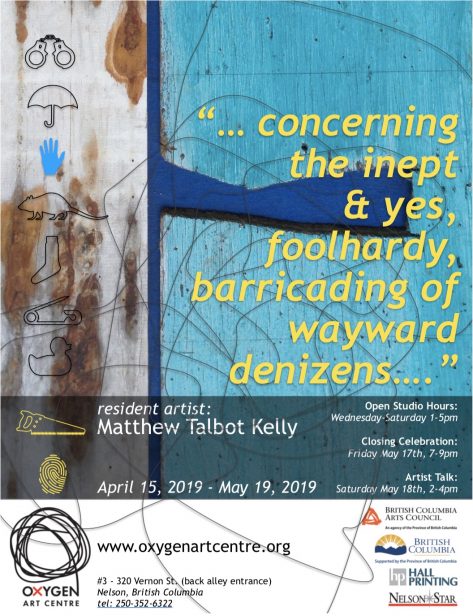